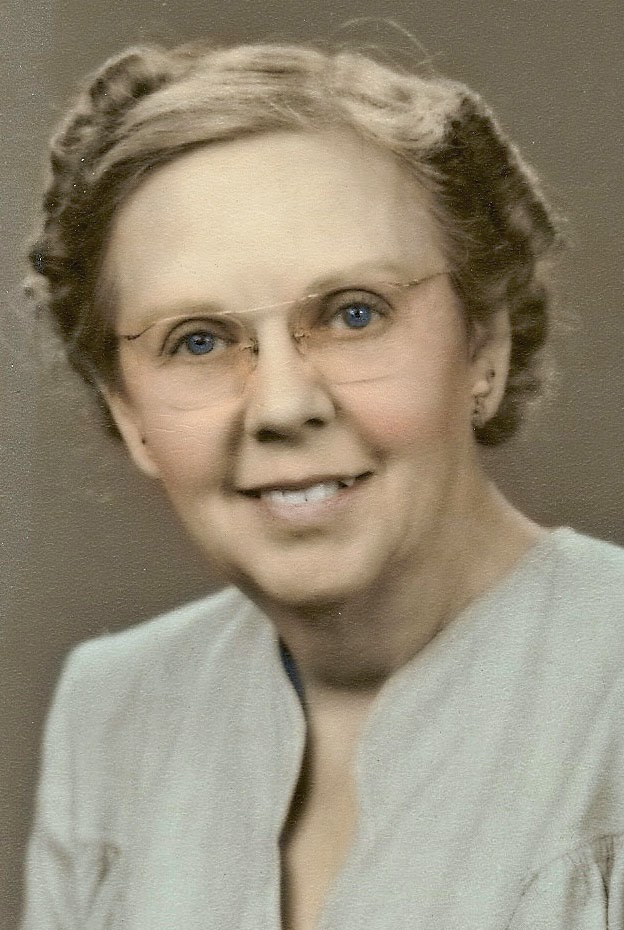 My Aunt Addie was born on October 18, 126 years ago in Jamestown, N.Y., where I was born 89 years ago. Aunt Addie Vaughn taught me to tie my shoes, gave me rides in the rumble seat of her car, took me to movies, from time to time led me down the stairs into the basement of Clark’s Drug Store, where books were sold. I could pick out any one of them to take home.

She was Addie Olmstead, named for her grandfather, Addison Olmstead of Gerry, N.Y. Sixteen years after her birth in 1888, her sister Doris was born and Doris became my mother in 1925. Addie loved her husband very much. Artimus (Archie) Vaughn died of an anonymous and mysterious disease in 1955. It might have been Alzheimer’s. For many years Addie and Archie lived on their farm in Sinclairsville, N.Y.
In her teens Addie played the piano in McCrory’s five and dime store, where she sold popular sheet music at a time when lots of people had pianos in the parlor, and radios were just catching on. Later she went to work selling women’s apparel at Nelson’s department store. One of her regular customers was a long-time friend and neighbor, Lucille Ball.

Years later she became a master seamstress for a maker of women’s clothing. She had no children, but she had lots of love to share with my kids. Aunt Addie used to worry that they would not remember her. She was cheerful and friendly. She played the piano for her Methodist church longer than she did for McCrory’s.

As she approached her 90th birthday, Aunt Addie was pruning some plants when a neighbor warned that she could drop dead working in the heat. She said, “I can’t think of a better place than here among my flowers.” She’ll appreciate it if you remember her today.