A Secretary of Neurology for the president's cabinet? 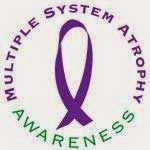 If this sounds crazy it is because some elements of craziness float around in olivopontocerebellar atrophy/multiple system atrophy, which begins to appear in some persons not long after their 50th birthdays.  Like many others, I acquired the neurological disease without knowing it. In my mid-50s I had to use a walking stick to keep from tripping and tipping, and I began making a few goofy decisions while holding responsible positions, but doctors failed to identify the disease for many years.

Neurological ailments can move in on anyone, silently at first, and hard to recognize. Even the most responsible officials and leaders can be affected. The very positions they hold may shield them from diagnosis and drape a blanket of privacy over their ailments. Changes in the goals and behavior of a president may be watered down in anybody’s White House. Think of Woodrow Wilson’s stroke and the concealment of Franklin D. Roosevelt’s deteriorating health. Remember Ronald Reagan, who was diagnosed with Alzheimer’s six years after he left the White House. His son Ron said he saw early signs of the devastating disease while his dad was president. He recalled that in an interview with ABC and in his book, My Father at 100: A Memoir.

Psychiatrists at Duke University Medical Center wrote, in the Journal of Nervous and Mental Disease, that 49 percent of presidents from 1776 to 1974 were touched by mental ailments. This was reported by Haley Hoffman in Duke’s The Chronicle in 2006. The study of 37 presidents found that 18 suffered mental illness in some form. Depression was the most common ailment.

One problem leads to another, sometimes, and the problem of invisible health issues in government leads to this problem: Questionable claims of mental disease have been used to discredit political figures, even to confine them against their will in mental institutions. Although this was commonly associated with Stalin’s USSR, it is not unknown in the land of waterboarding.  Establishing controls for testing and diagnosis may not be possible. Ask Congress to legislate a system of mental examinations? Supply your own punch line to that.

My prejudices have supported Barack Obama ever since , not long after the 2004 Democratic convention, I wrote an Orlando Sentinel op-ed column beginning like this: “When Barack Obama was a schoolboy in Hawaii, I was managing editor of The Honolulu Advertiser, unaware that a major figure of the next century might have been surfing nearby.” That boy, I wrote, had the soul of a Martin Luther King and the heart of an Abraham Lincoln. And by the time I wrote it he had been elected to the U.S. Senate from Illinois, serving in Washington alongside Hawaii’s venerable Daniel  K. Inouye. Believe it or not, a half-century ago I wrote an editorial proposing Inouye for vice president. I am not singling out Obama in suggesting that all presidents are susceptible to depression, the flu, to anything that might afflict anyone.

There’s no more demanding job than president of the United States, whose every move is disputed by someone — millions of someones — somewhere. In some respects the demands are inhuman, but the president is human no matter what Fox News says.
Posted by Arthur at 1:32 PM