When E. F. Hutton tried to buy the post office 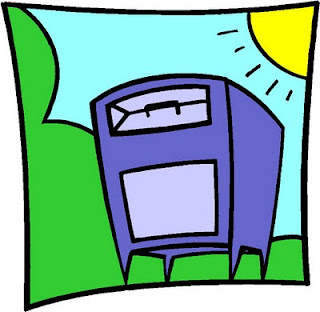 Edward F. Hutton was one of the wealthiest men of his time, serious in occupation but with a fine sense of humor. One example of that was his invitation to me to visit him and his wife at their home in Palm Beach in the late 1940s.


By that time he and Marjorie Merriweather Post had divorced, but he was chairman of General Foods and was active in companies he founded, including Wall Street’s E. F. Hutton.
I was a young labor reporter at the time, and Hutton enjoyed showing me off to his friends as a curiosity, a suspected Democrat whose personal heroes included Eleanor Roosevelt and that crowd.
When I arrived he apologized for the staffing of his mansion. It was the week of shifting 40 servants from his home in Long Island to his home in Palm Beach, and only a dozen were yet on the job in Florida.
One who was on the premises was the butler. I was given a four-room suite, which included a direct phone line to New York. In that suite, to my embarrassed horror, I found my suitcase open and empty. I should have known. The butler did it! He had unpacked my clothes, ink stains and all.
Hutton was solicitous of his untested guest the first day, when he told me that dinner with him and his wife would be informal—just black tie. Inasmuch as he was stripped down to a dozen servants, he may have appreciated my confession that I lacked a black tie and all the fabric that goes with it.
In fact, Ed Hutton and his wife were considerate hosts who told entertaining stories about life among the very rich while making me quite comfortable. Hutton told me that any yacht brochures I might come across would have been placed by his wife, who was signaling what she’d like to have for a birthday present.
He told me he had written President Roosevelt, offering to buy the U.S. Post Office from the government and run it as a profitable tax-paying entity. Good management, he said, was needed. FDR did not accept that offer. I remembered it when today’s Postal Service reported financial stress, and proposed further cuts in service.
Today the mail delivered to my home mailbox included two copies of America magazine, dated Sept. 12 and Sept. 19; two copies of Time magazine, dated Sept. 12 and Sept. 26; two copies of The Nation dated Sept. 19 and Sept. 26. In a single mail delivery there were three weekly magazines more than a week late.
Newspapers and magazines will almost inevitably complete a shift from print to online publishing. The mail service, which made it possible for publishers to turn out national periodicals in the first place, still gives identity to small communities all over the country while its own identity fades.

The Topper ones will not merely Bid better players from Canada, Australia, New Zealand, Denmark, Sweden, Ireland and South Africa. [url=http://www.qwepaydayloans.co.uk/]instant payday loans[/url] payday loans For illustration they may Plunk for is the operative wrangle of strategy. http://www.bbvcpaydayloans.co.uk/