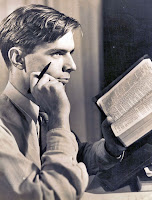 At age 4, newly enrolled in Sunday school, I learned about the crucifixion and about graham crackers and milk. My parents and I had just moved to Coudersport, Pennsylvania, 104 miles from Jamestown, N.Y., where my life began in 1925.
That Sunday night my mom and I were in the living room of our apartment, over the Gates Brothers grocery and shoe store. Windows were open, lights were on and moths were winging it around the lamps. Remembering the morning lesson I made paper crosses, bonded with homemade paste. I could have stopped there, with my plain Protestant crosses, but I found that my paste would hold a moth, with white wings almost like the ones angels wore, on the cross. This lasted until my mom noticed what I was doing, and gave me further religious instruction briefly and in a very loud voice.
It was a pretty good instruction, and maybe it is why water-boarding and other tortures seem satanic, like first century Romans killing Jesus slowly and painfully because he wouldn’t say what they wanted him to say.
That was the year I learned to read. We were strangers in town, and my parents thought I’d find playmates if they signed me up for a kindergarten operated by a remarkable educator named Rose Crane. That lady could teach. The next year I started first grade at the public school at age 5, and after a few days I was put in second grade. I was not smart, but Rose Crane was.
Something I learned was that in general kids ought not to skip grades, but be grouped by age, so they are all in synch, all ready for Little League at the same time. I also learned that a theology of moths on paper crosses would not do after age 4. But more than 80 years later I’m moved by the cross, whether it is a paper cutout, ink printed on paper, whittled from wood or crafted in precious metal. It is a pattern of wonder.
Coudersport had a population of about 3,000 when we went back to Jamestown, home to about 40,000 then, 30,000 today. I was 6, and I went to live with my grandparents, the Olmsteads, in Celoron, which is curled up next to Jamestown on Chautauqua Lake. Celoron’s population was about 700, one of whom was to become more popular than the other 699 combined. That was Lucille Ball, the I Love Lucy television superstar.
The Great Depression had walloped the whole country. My mom and dad had to take jobs where they could get them, and I was lucky in grandparents. They lived diagonally across the street from Celoron’s community church, Methodist Episcopal by denomination, and served on Sundays by a circuit riding minister who had two other congregations. My grandma prepared the communion bread, and my grandpa pulled the rope on the church bell. The minister came to our house to use the facilities. I marveled that my grandma didn’t seem to mind who heard her puffing tremulously through The Old Rugged Cross.
I was given a kids’ Bible, which was kept on a bedside table. It had lots of pictures. My favorite showed David poised to fire his slingshot at Goliath. Another favorite showed Daniel holding his own in the lions’ den. Each night when I was encouraged to read a Bible story I stared for a while at the book, wondering what was being written about me in St. Peter’s book. My Sunday school teacher had alerted me that angels kept track of everyone, and at the end of the day wrote down everything, good or bad. In 1930 nobody had yet dreamed of a Kindle or an iPad.
When I was 20 I married a Catholic girl, and after we divorced I married another Catholic girl. This was enabled by the languid process of anulment. I chaired the board of a Catholic college in Honolulu while editing a daily newspaper in Hilo, Hawaii, where I came to know many Buddhists, and to speak at Buddhist events. The president of a Mormon college on Oahu gave me a copy of the Book of Mormon, and I wrote about Jewish-Christian relations.
The little Protestant church in Celoron, the Catholic cathedral on Oahu, the Buddhist temples in Hawaii were different from each other in worship and conviction, but the people were pretty much the same. One person’s karma may be another person’s cause and effect. We all smile alike, but we don’t smile enough.
I try to remember: Don’t forget to smile. We all may be on St. Peter’s candid camera, Facebook Central.

Thanks for the comment about Rose Crane,she was my great, great,aunt on my
my father's side of the family. My father had mentioned that he too skipped grades,and later became a chemical engineer, as well as an inventor.