Preachers don't work on Sundays only 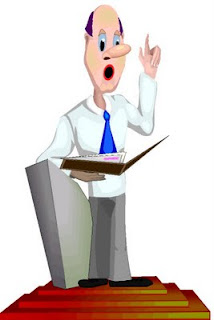 Preachers don’t work on Sundays
and let others do the leading
the rest of the week
President Obama offered another elegant address to Congress, although journalists hired because of their muscular mouths had begun chomping on it even before they heard it.
Speeches are part of leadership, but leadership has to inspire between speeches.
We remember the Gettysburg Address because Lincoln was a full-time leader, not because he was a talented speechmaker.
Poor Barack Obama, like Woodrow Wilson, sees Congress as academia--but Congress sees him as academic. He attracts some of the same kinds of hostility Wilson did, but Wilson was spared prejudices that survived the defeat at Appomattox Court House. The sort who couldn’t abide John F.Kennedy because of his religion bent their knees and their conscience in false witness against Obama, claiming against abundant evidence that he belongs to one of the religions they despise. Such things matter if you’re a bigot.
Capitalism, the religion of Congress, courts and campaign funds, sustains millionaires and creates billionaires. U.S. and European banks, beneficiaries of government favors treasured by all whose business is business, have so far announced personnel cuts numbering 70,000. If you are not a capitalist, you will have to wonder why bankers have had 70,000 employees they did not need.
Their religion relives them of the familial behavior Christianity and other faiths require of their believers, the notion of brotherhood and sisterhood, of emulating the Good Samaritan. There’s no convincing way to unhire 70,000 employees in the name of Christ, or to pray for tax breaks not available to everybody.
Meanwhile, the talking journalists await the next presidential address. Any day now they’ll start telling what’s wrong with it.
Posted by Arthur at 2:38 PM

You can't blame capitalism for the current fiasco that mixed government in so deep with what should have been private interests any more than you can blame religion for the Crusades or al Qaeda.

Bankers had 70,000 too many workers servicing loans they'd never have made themselves if the Feds wouldn't insure them all.