This disease is progressive? So is life 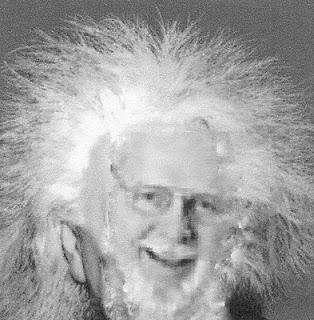 If volunteers were awarded medals, my friend and neighbor Joe would have trouble standing up under the weight of them all. He’s a retiree who volunteers for long-term duties with organized charities, while still reaching out to friends and strangers who need help with one thing or another.


For years Joe has been driving me to my favorite barber shop several miles from where we live. He steers us to restaurants afterward, each one memorable, dozens of them in two counties. As soon as he walks in Joe knows the restaurant staff, and as soon as he sits down he knows diners at the next table. Joe smiles a lot, the way generous people do.


So, when Joe phoned on Tuesday to offer me a haircut outing I didn’t like turning him down, but another constant companion, dizziness with internal fog, kept me home. After Joe repeated the invitation a couple of times I had to admit that the barbering expeditions are over, and for the same reason that I have a new power chair to accomplish indoors what my power scooter does for me outdoors.


The ailment neurologists call olivopontocerebellar atrophy, aka multiple system atrophy, is said to be a progressive disease because its mischief enlarges over time. When it began I could still drive a car or go to a movie. With a walker I could still manage a church aisle. After I turned in my car keys on my 81st birthday, I still had a couple of years to shop at the supermarket and watch my grandchildren win trophies with their teams and perform on school stages.


So far I have not figured out what causes this disease, but neither have the medical specialists. Philosophers and theologians work at it, but so far their results have been sort of Congressional. God makes people, not automatons or puppets. God permits every kind of condition, personality and thought. Prayer brings healing, especially healing of isolation and self consciousness.


Healing of OPCA/MSA will be sensational, but meanwhile any spiritual triage would suggest that prayer and dedication are also needed elsewhere. Consider that last month alone Chicago recorded 55 homicides, and sanctioned killing on a large scale was reported in Afghanistan, Pakistan, Syria, here and there around Africa. Cancer, AIDS, accidents and disasters brought death in wholesale lots. There’s plenty to pray about. There’s plenty to do.