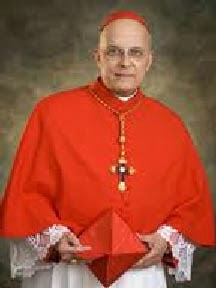 Chicago newspapers are reminding Catholics that their archbishop, Francis Cardinal George, is a very sick man. He is ready to retire. The search for a new archbishop is on.

The search for a successor to John Cardinal Cody in 1983 was pure theater. With dignified fanfare the church proclaimed that a search had begun, and bishops here and there around the country submitted their resumes. They were  misled. Long before he died, Cardinal Cody told me that Pope John Paul II wanted to make Archbishop Joseph Bernardin a cardinal, and to move him from Cincinnati to Chicago. Cody vigorously resisted a Vatican attempt to appoint Bernardin as Cody’s coadjutor archbishop.

I was working for Cardinal Cody at the time, editing his newspaper, serving on the Archdiocesan Finance Committee and spending several hundred hours interviewing him about the autobiography he wanted me to ghost-write. When Bernardin headed the U.S. Catholic Conference in Washington, I was managing editor of The Honolulu Advertiser. Bernardin hired me as director of the National Catholic News Service, and its first editor-in-chief.

We became close friends. I was the first person he called when his Chicago appointment became official, and I wrote the first book about him, The Spirit of Cardinal Bernardin. They say no man is a hero to his valet, but Bernardin remains heroic to me after years as his journalistic valet, even though we split infinites from time to time.

Neither he nor Cody was troubled by the pretense of an open search for the new archbishop of Chicago. Some politics are sacred.

Toward the end of Vatican II Lawrence Cardinal Shehan, the Archbishop of Baltimore, named me editor of The Catholic Review. I had been chairman of the Hawaii Governor’s Committee on Educational Television, and Cardinal Shehan thought he might want to create an educational TV network to serve his archdiocese and the new prep seminary he expected to build. Almost instantly Shehan’s TV plan came apart in the ecclesial earthquake of the mid-1960s, the shifting ground of Catholic certainties as Vatican II wound up. The new seminary was never built.

The certainties go on evaporating. Shehan one morning, upset by the pressures of discontent when Paul VI’s encyclical Humanae Vitae reaffirmed beliefs many thought were obsolete, said, “Oh to be a bishop in Ireland.” Nobody knew that half a century later the bishops of Ireland would be squirming. The church of Shehan and Cody and Bernardin keeps moving, but nobody know where it is going.

The choice of an enthusiastic Latin American Jesuit of Italian ancestry to be pope somehow stirs expectations of good choices for appointments in Chicago and elsewhere. If you’ve been thinking about prayers for Cardinal George and his successor, this is the time.
Posted by Arthur at 10:02 AM