You call this a blizzard, young fella? 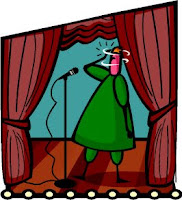 Do you realize there were Rockettes on stage long before there was any Rock on stage? Practically all of the girls in my online group of mostly post-cribbage folks, all diagnosed with a form of parkinsonism called multiple system atrophy or OPCA, would have been Rockettes at the Radio City Music Hall if they had not been distracted by poetic marriages and kids with Guinness IQ and, up to a point, athletic talents of a Tiger.

We have traded thoughts about this during our daily emailings, we 12-steppers in the U.S. and Canada, the U.K. and Australia, wherever somebody might be addressing an incurable disease with an incurable spirit. We are the only 12-steppers whose steps, viewed from a sufficient distance, suggest a bunch of Rockettes dancing at maximum flexuosity. We have our own choreography for the 12 steps.

Today is special to the Rocker-etts as we men of a certain age are known. Today everybody is talking about our favorite subject, the weather. It is 19 F. as I write, with blustery snow and bitter cold in the forecast. If you see an excessively mature gentleman wobbling toward you today, be nice and let him tell you about the "worse day than this" he remembers. Let him tell you about shoveling coal or chopping logs.

This is like an early Christmas for us, and we know who Santa Claus is--he's the weather man. No time for checkers today!
Posted by Arthur at 6:54 AM

Can you achieve a Guinness IQ by drinking Guinness stout? It couldaben me downfall.