Fun and games with Jesus 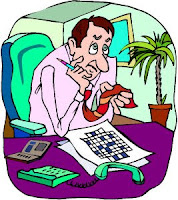 When I went cold turkey, cancelling home delivery of four daily newspapers all at once, I shifted my addiction into the Internet. Every morning I explore half a dozen online dailies.
If I lift the lid on the coffee maker and see dried coffee grounds I wonder how I could have forgotten, again, to toss them out after brewing yesterday’s pot. Morning moods can be stirred in caffeine. Sometimes my mood leads me straight to online newspaper Opinion columns, sometimes to News, sometimes to the crossword puzzle.
Countless Christians who are confused by the lottery of belief are sometimes drawn into a Jesus crossword puzzle, hoping that somebody can fill in the blanks and make the words real. There are more than 38,000 Christian denominations, according to the World Christian Encyclopedia. Each one has a teaching about Jesus. Some, and not just the Episcopalians, have more than one.
Most Christians are born into one of the denominations. Some stay put, some change denominations, some change to non-Christian faiths and some just give it all up. Some of my friends, smart and caring people, are enthusiastic about the Jesus Seminar, a popular kind of low-calorie Religion Lite.
My prejudices are formed by a long friendship with the late Raymond Brown, the incomparable American Bible scholar. He was a frequent visitor to our home and I visited him during his years at New York’s Union Theological Seminary. He was a Sulpician priest and I was a trustee of the Sulpician St. Mary’s Seminary and University in Baltimore.
Father Brown was unprepared for vitriolic attacks by right wing traditionalists who were shocked by his monumental book, The Birth of the Messiah. They objected to many of his books. I was honored when he asked me to help to shape his response to the ugly and uninformed accusations.
He didn’t think much of far left claims about Jesus, either, and brushed them off as not scholarly. I remembered that when I read a spritely article in America by Luke Timothy Johnson, the Robert W. Woodruff Professor of New Testament and Christian Origins at Candler School of Theology, Emory University, Atlanta.
He recalls that “25 years after the Jesus Seminar started a new round in the historical Jesus controversy and 14 years after I tried (in The Real Jesus) to show how contemporary historical Jesus scholarship was—with some exceptions—bogus, there is still an eager audience…”
He speaks of “the desperately trivial character of much academic scholarship” today.
“Most of all, I think, congregations are truly eager to learn about the human Jesus and too often find what they hear in sermons and Sunday schools to have little intellectual substance or spiritual nourishment. They desire a grown-up faith, and the itinerant speakers appear to offer a quicker, more interesting path to such maturity than is available through traditional practices of faith. For those schooled to value information over insight, the offer of historical knowledge about Jesus seems just the ticket.”
Often, though, it offers a digression into an atmosphere of games. Instead of pondering what the reporters and commentators wrote , people are drawn into scriptural crossword puzzles, where the players fill in the blanks.
Posted by Arthur at 3:05 PM