When a nun is excommunicated 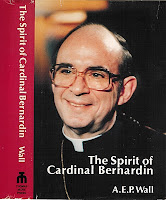 Religion doesn’t come out of a dictionary, and the Word According to Merriam-Webster is not holy. Yet there’s some common sense in common usage. One of the Webster definitions of Church is this: the total body of Christians regarded as a spiritual society.

And here’s the definition for Church Invisible: the entire company of those on earth and in afterlife who whether members of the church visible or not belong to the faithful for whom it is believed God has destined salvation.

Jesus dispatched his disciples to share his good news with everyone. Jesus was so obstinate about the restrictions imposed by religious authorities in the land of his birth that they excommunicated him.

A long time ago I asked Lawrence Cardinal Shehan, then the Archbishop of Baltimore and my boss, whether he withheld communion from someone who might not be eligible under the rules. Of course not, he said. How could he know the state of the person’s mind? He did not want to risk substituting his own will for the will of God.

Another American bishop looked deeply into the rules for guidance and inspiration, and announced the excommunication of a pro-life Catholic sister who had approved an exception to her hospital rules. She had agreed to a life-saving but onerous hospital procedure that saved a mother from dying in childbirth, along with her child who was beyond rescue.

In 1972, when Joseph Cardinal Bernardin was a bishop serving as general secretary of the United States Catholic Conference, he appointed me director of a division of the conference. A decade later I wrote The Spirit of Cardinal Bernardin, the first book about the life and thought of that American most approximating the leadership gifts of his long-time friend, Pope John Paul II.

On-the-job training in the meaning of Church by Cardinals Bernardin, Shehan and other ordained employers and coworkers established an appreciation of Church rules, and the necessity for them, despite their misuse and manipulation.

Chancery Office Church may be a requirement of 21st century society, but it doesn’t have a lot in common with the Jesus Christ Church.

A citizen who breaks American laws may be fined, put on probation or packed off the jail, while remaining an American citizen. But someone who breaks various Church laws may be tossed out, losing membership—call it citizenship—in the community that matters the most.

Jesus teaches about the gifts of grace and the power of forgiveness, but his words are read without conviction, perhaps because he taught forgiveness in a famous prayer instead of requiring it in canon law.
Posted by Arthur at 11:36 AM