Mr. Obama: Freedom is not the issue 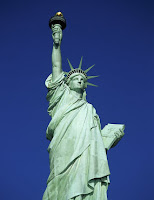 Religious freedom is not the issue

President Obama is not the first smart person to be confused about freedom of religion. Freedom of religion guarantees that Muslims, Jews, Christians, Buddhists and others are free to establish worship centers.

Freedom of religion does not guarantee that any religious organization can operate a public worship center anywhere. Churches, temples, synagogues, mosques and other religious edifices are lawfully limited in some residential neighborhoods, where they might contribute to unbearable traffic and parking problems for home-owners already living there. In all such cases, the religious groups have a constitutional right to choose another location, subject to standard zoning and construction laws applied equally to everyone.

Governments have involved themselves in legal disputes about the right of Christian Science parents to refuse medical care for their children, the right of other religionists to engage in polygamy, the right to expand church property in residential areas, the right of public authorities to enforce educational requirements for church-owned schools, and much more. The question of religious freedom might be affirmed or denied in such cases.

Of course Muslims have a constitutional right to worship, to own property and to claim the same tax exemptions granted to all religious enterprises. It is grotesque to suggest that anyone who is offended by one specific location is advocating an end to religious freedom.

President Obama’s leap into the New York controversy is brave, bold and misguided. The freedom to practice religion is not the issue. This is not an argument for theologians; maybe for social scientists.
Posted by Arthur at 9:14 AM

I think Obama did clarify that he was not big on the idea ("wisdom") of building at that location, only that the law be followed. Your ideas are all true, but if they would allow a Christian center to be built, but not a Muslim one, then it violates Freedom of Religion. Considering the strip joints and otherwise unsightly commerce of the area -- this is no family neighborhood -- the fact people are against it smacks more of religious intolerance than concern over parking/traffic.