The world can use a body shop 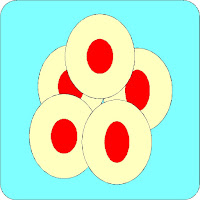 Along with the joys of being a Christian there are some painful distractions. Jesus himself knew torture by agents of government long before there was an American lawyer to declare it legal. Many have observed that being a Christian is not easy. It is worth the effort, but few of us stick to it. (I’m a late-comer myself.)

For generations we’ve tossed drunks out of our churches. Need help in overcoming an addiction that’s destroying your life and your family? Visit Alcoholics Anonymous, where you’ll receive the love of the whole A.A. congregation. You won’t be shunned in the name of a church.

Christians know something about the behavior we call sin. Every day we ask God to forgive us our sins the way we forgive the sins of others. Maybe that’s why we need so many tranquilizers to swallow, sip or inhale.

We could forgive, but instead we revoke memberships and shun the weak. We have opportunities to help ease a recovering alcoholic back into the community, and we look away. We hear about children starved for food and appreciation, and we muffle the thought before it makes us more uncomfortable.

We could, you're probably thinking, stop writing like the town scold and become more cheerfully focused.

Human sexuality has been a preoccupation of religion from the time the first cell split with an unmentionable purpose. It is written into traditions and scriptures of early centuries
.
There has been some reconsideration of divorce and remarriage, and reconsideration of marriage itself. Sexual misconduct is a feature of the information society. What’s factual about what’s sexual has not changed. Nor has the voice  of compassion, recorded in John’s gospel, cautioning those quick to throw stones to ponder their hypocrisy.

Schools and religions have handled it as though it is one of the costs of doing business. Now they back away from their long-standing  influence over a topic history knows to be elusive. Maybe they are relieved to have human sexuality become simply secular, something to ponder or pander. Maybe courts and commissions will find out what makes a person become a sexual monster, preying on children, mangling bodies and leaving dents in the conscience of the world.

When I was in a class for Christian doctrine teachers more than 60 years ago a priest said that, in confession, sexual predators commonly expressed regret and promised to stop. But they came back, again and again. Someone asked what the church was doing about this. The teacher shrugged his shoulders.

Hey, this is the way it looks to me. I am not the teacher. I am not the priest. I’m the one the lifeguard is trying to save, but I’m down here at the bottom of the pool. All he sees is some bubbles.