Can there be a prescription 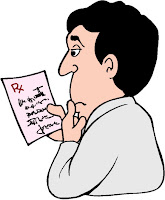 for character and conscience?


In stable, superbly suburban Orland Park, Illinois, where I live, friendly parks and cheerful neighbors support the notion that the world is dandy and that almost everyone is an Eagle Scout at heart. Some believe this is God’s will, some believe it just happens that way.


Anything less than perfect is noteworthy. A child lies about a missing cookie, a clumsy burglar kicks a dog, a coach seduces a child, bombs are lobbed into a crowded market, destructive drugs are sold on the street, bankers and public officials ponder new fees.


The death of Charles W. Colson, whose Watergate adventure tumbled him into prison, calls attention to his later success in prison ministry. The trial of John Edwards, former senator and contender for a presidential nomination, revives a puzzle for his family, friends and opponents alike: What went wrong? Is there a mental or spiritual vitamin tablet that wards off such behavior and energizes conscience?


One of history’s spectacular failures of conscience affects countless priests convicted of the abuse of children. It is spectacular because it defies the teachings of all the churches, coincidentally raising questions about the clergy. If they believe what the church teaches, how can they place themselves in such eternal peril? Neither scientists nor theologians know enough about compulsions, impulses and self-destructive behavior, whether criminal or personal. One result is the pain felt by victims and their families, and another result is a costly dilution of respect for churches and schools.


Suppose, on the other hand, that society sees the world as deeply imperfect, given to earthquakes, hurricanes, tornadoes, firestorms and harmful temperatures while populated by humans capable of painful deceptions, contempt for the weak, prejudice against the sick, the fat, the tall, anyone of a different race or religion or political persuasion. Some might see traces of this in the Hebrew testament and other long-ago ponderings.


Does this vision of an uncertain world support a different understanding of what’s noteworthy, what’s news? Does this focus attention on struggles to overcome weakness and failure, to make good on the consequences of greed and corruption?


Not yet. Maybe the dozen who embarrassed the Secret Service will someday be eclipsed in the media by the thousands who do their jobs, who resist temptation or perhaps yield to less scandal-tempting temptations.


It is understandable that lots of people want to ignore threats too agonizing to bear. To deny global warming is to reenact a childhood impulse to cover one’s own eyes and say, “You can’t see me.”


Can the science of sex be disconnected from the sickness of sex long enough to be studied with the laboratory neutrality applied to the study of space and medicine? Sex is a factor in crimes ranging from assault to murder all over the world, and in the behavior of countless religious, sports and education personnel. Yet, society treats it as though it were merely a legal issue, as unresolved today as it was a thousand years ago. It is a science issue, too, blurred by the William Jennings Bryan code of denial.


We have a lot to learn. We know how to build prisons but not fast enough for a growing community of drug dealers, governors, business leaders and sex offenders. We know how to inoculate children’s bodies against frightful diseases, but we don’t know how to inoculate their personality and character to protect them from making life-wrenching mistakes. We look to theology and criminal law for answers, but what we get is more questions. We let movies, TV and periodicals set our goals and define our standards.

Orland Park residents and other accomplished suburbanites tend to respect traditional leadership and celebrate the traditions. Who knew tht even some of the traditional goal-setters might lose their way? Too many, perhaps, try to fuel their 21st century GPS navigators with 19th century whale oil.