Separation of Church and Sex 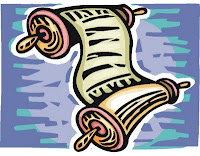 The Bible tells what God said to favored men and women long ago, some of it repeated around campfires from one generation to the next, finally engraved in clay or written on scrolls. These inspired accounts survived the centuries, while disputes about what they mean have put thousands of religions, denominations and communities into competition with one another.

When I was a boy I liked Coca-Cola and Pepsi-Cola, and had a simple choice between but not among them. How the world has evolved. Now I’m offered Coke, Tab, Diet Coke, Vanilla Coke and Cherry Coke, regular or diet, with or without caffeine, in bottles or in cans.

Now there are regular and diet Episcopalian churches, caffeine-free Lutherans, a choice of traditional, evangelical, liberal theologies and liturgies.

Sexuality is a common issue in all religions, no surprise because it is a fundamental mystery of human life, foundation of all emotions. Sexual practices are catalogued in creeds and laws, with severe consequences or sublime. Disregard of sex rules may, like murder, be a capital offense. These concerns, ancient as they are, remain unsolved and divisive.

Millions believe that sex crimes involving children will result in savage and brutal eternal punishment. Countless clerics and laity who believe this are found, nevertheless, to engage repeatedly in such crimes. Sigmund, where are you when we need you? Will humankind search for the causes of such self-defeating crimes with the fervor of searches for the cure of cancer and polio, or will it just let new victims suffer and build more prisons?

Sexual misbehavior is revealed as a plague in the Roman Catholic Church, and solutions have not been found in scripture or liturgy. The Catholic Church which practically invented hospitals and universities has the power if not the purpose to lead a global search for a way to heal destructive compulsions. Some observers, however, might find it curious that men speak for greater sensitivity while dressed up in lace skirts and hats as fancy as Queen Elizabeth’s.

These men of huge spiritual commitment are required to renounce personal experience with sex, like a chef who has read recipes but never entered the kitchen.

God still speaks to those who listen and those who don’t. Prayers are conversations with God, in any language, even Latin. Coming to grips with three-letter word, Sex, leads to a four-letter word some spell Hell and some spell Heal.

Atheists and other fundamentalists

Atheists are secular fundamentalists who share the notion of certainty with religious fundamentalists. Declaring that something does not exist, never existed, and cannot exist requires absolute self-confidence, if not faith. Rigid positions observed by fundamentalists, whether they are practitioners of science or religion, close the door to further investigation and speculation.

Atheistic scientists who claim to know it all insist that the case is closed. They attack folks who believe in a deity, including scientists who are church members and ordained clerics. Religious fundamentalists bristle under these jibes, while less rigid believers and non-believers shrug their shoulders.
Posted by Arthur at 12:56 PM

Consensual should be the primary measure for the sensual and sexual.

"Under" age is trickier for rules since there is physical age, but also emotional/mental age (do they truly want or have they just been marketed such that they believe they want?), as well as concerns over differences in age.

But it's nearly universal that a father stay away from his children. The Church has much shame (and malfeasance) over its covert acceptance -- praying for healing alone is not acceptable. The Church is composed of humans, some who are heroic and admirable, while others are disturbed, ill, immature, narcissistic or confused. All endeavors are tainted by bad, so it's up to others to weed when necessary.

It is beyond shame or threats of eternal damnation that otherwise good leaders allowed known criminal or sick people among their ranks to continue unabated, as if spreading such noxious behavior would smooth things over.