Do we let others pre-think our thoughts? 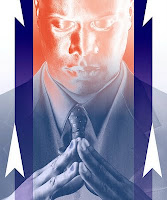 How can I ask questions about some of the things my church does, or doesn’t, and still be a believer? Some church leaders demand total obedience, and excommunicate anyone who won’t let guardians of dogma pre-think all thoughts.

Like many, I have two identifying memberships, one religious and the other secular. I’m a Christian and an American. I disagree with friends who say church rules and regulations should be accepted with head bowed, eyes closed and lips joined like a self-seal envelope -- but I agree when they say it is good to ask questions about the rules and regulations of government. Americans seldom get excommunicated from their U.S. citizenship if they ask questions, and that’s because they do ask questions.

Most of God’s human creatures do not choose their religions or nationalities, although choices are possible. Where a person is born usually establishes nationality and, typically, religion. There is one God, who permits more than one religion and more than one nation.

Like other Americans, I believe in my country even when I disagree with some of its officials, laws, courts and diplomats. I believe in my religion; when I explore its grandeur I remember how little I know, how many questions there are to ask.

Discovery is the way of life. Long-ago ancestors never heard of gravity, knew nothing of oxygen or radio waves. Some asked questions, some hushed them, fearing what they might come to know about the unknown. Thousands of centuries of discovery and questions have brought i-phones, but individual peace of mind and peace among people and nations remain as elusive as at the beginning. God is still there, but we are like the 49ers of the Old West, searching for something more negotiable than God.
Posted by Arthur at 8:28 AM

I never pre-thought about that!

It is good for a man to think for himself. The wisdom of earlier thoughts must be taken into account, but pretending there's only one correct thought on a given topic is just that, pretending.