What does God care? 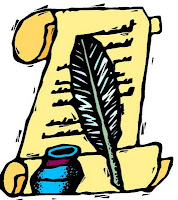 Religion is an ongoing investigation of the unfairness of life.
Religion looks at heroic humans who rescue strangers from floods and fires. It looks at others who murder, rape, steal and take pleasure in the pains of their victims. It looks at the brilliant and gifted, and at children born troubled. It sees the well-nourished and the starving and tries to understand why God’s standards sometimes seem to be lower than human standards
.
Does God not care very much about the world and its inhabitants, or can religion discover purpose in the lapses and deficiencies of creation?
Christians celebrate centuries of sermons, liturgies, sacrifices and praise by eliminating poor boxes because they attract thieves, and spending sums of congressional dimensions to pay off victims of abuse in churches, orphanages and schools.
Those who believe that God is Love are certain that God is not Hate, even though love and hate are both evident in the world. Christians famously denounce each other for thinking outside catechisms and tenets. Christian homes are not always the cheerful centers of cooperation and forgiveness that faith might encourage. Churches have been known to explode in angry confrontations between people, lay and clerical, who despise each other in the name of God. What can be more chilling than that? It was people of religious faith who favored the death penalty for Jesus, crying out for deadly torture on the cross
.
Scripture scholars, such as the late Father Raymond E. Brown, the brilliant Sulpician priest, have liberated venerable writings from some of the restraints imposed upon them by well-meaning guardians. They guarded the past, dragging their sandals as the past became the present. Customs changed, cultures developed, languages took on new meanings, but religion’s guardians kept it separate from life and froze it solid, right where it was many cultures ago. Although that attitude is described today as fundamentalist, it has little in common with fundamental, ongoing creation, symbolized as seven days by long-ago scribes, who did not lock up their scrolls after writing about the first day.
Some dispute the notion of God. Sometimes folks disbelieve in the same god, as in the gimme god of creedal capitalism, or the god who sanctions hatred, or the god whose followers have buried him in deserts past. I never figured out what God looks like, but I pray to the same Lord I've known for eight and a half decades, the Lord of all. I began those decades in a country that allowed legal discrimination against Jews, African Americans and others, discrimination which repudiated much that an earlier generation, including some of my ancestors, had fought for in a civil war. When I was young, some states prohibited interracial marriage, even as many now prohibit gay marriage. Only five years before I was born, and one year after my mother and father were married, the U.S. Constitution was amended to say: "The right of citizens of the United States to vote shall not be denied or abridged by the United States of by any state on account of sex."
One blessing of advanced age is its gift of perspective, of eyes that have seen members of a majority race battle in war, in legislatures and in courts to assure equal rights for all races and all persons, without reference to the gender, to the sexuality given them at birth.
Prayers never seem to get answered all at once, especially all of the "whereas" motions of the person at prayer, but somebody seems to be listening.
Posted by Arthur at 4:52 PM