If the church looks hopeless... 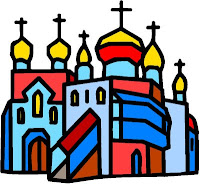 The Roman Catholic Church is the gold-and-myrrh standard by which all Christian churches are evaluated, to the considerable exasperation of those churches and to the confusion of the Romans, who have no idea where anemia comes from.

Today’s Catholic Church is not the church of your grandma, especially in the United States. Around 1960 your mom might throw out Friday’s dinner because she inadvertently dropped a forbidden meatball into the spaghetti. She may have worn herself out shopping around neighboring parishes to find a confessional with a laid-back priest who would grant absolution from the sin of birth control.

Mom sat with the kids at Sunday Mass. Dad mingled with other men just outside the church, smoking and keeping within the prescribed number of feet of the building required for technical attendance at Mass. The priest was reciting the words in Latin, with his back to the congregation, while some of the faithful were reciting the rosary and others were reading English translations in their missals.

Faith was not complicated. Folks attended Mass and avoided meat on Fridays, dropped coins into the poor box, supported the school kids who sold subscriptions to the Catholic paper. People followed the rules most of the time. Everybody knew that on the day of his ordination, Father became God’s agent, able to bring Jesus to the altar and to forgive sins, a super-person respected fervently whether anybody liked him or not. Catholics did not compliment him on his sermons because everyone knew it was presumptuous to do so, inasmuch as all sermons were worthy of praise and did not need any comment from laity. When I was a young police reporter in the 1940s I was told not to report the arrest of priests charged with something called crimes against nature. To do so would be unsuitable in a family newspaper. Just the other day a cardinal said in an interview that, after all, only a tiny percentage of clergy is convicted of crimes against children.

The Church is the world’s oldest continuous institution, older than any government, so it is surprising how quickly it changed. All of a sudden the Mass was celebrated in English and other languages familiar to worshipers. Polls revealed that Catholic reliance on birth control was about the same as the rest of the population. Priests were arrested for sex crimes against children, even in Ireland, along with bishops, archbishops, cardinals and nuns. Seminaries and convents drew fewer young men and women. It is said that the Catholic press has never had less influence. Commonweal, one of the most distinguished Catholic magazines in a country of 70 million Catholics, reported a circulation of less than 20,000.

There are still more than a billion Catholics, but after a couple of thousand years some wonder what difference a billion Catholics have made in the world. Are countries formed in the Catholic culture – Italy, Spain, Haiti, Argentina – evangelizing the world? Has Europe, like the salt Jesus mentions, lost its savor?

Why, given such questions, is the Church still the most tenacious of all institutions? Its priests are the most giving of men, surrendering themselves not to bomb people in crowded markets but to show them how to live. Some, gifted politically, become bishops, only their faces visible among yards of decorated ceremonial fabric, a so-there to gowned secular princes and Pharisees. No matter how hopeless circumstances may appear, hope is the nature of Church.