Did you say something? 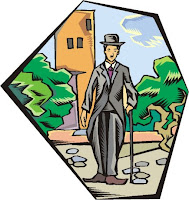 I remember almost everything that happened to me during the past 80 years, with the exception of whatever happened today. My Dad had been playing pipe organs to set the mood for silent movies, and then he installed sound systems for the new talkies. Almost everybody listened to the radio in those days. Radio announcers and actors were invisible. Their audience could not see what they were doing, or whether they were frightened or smiling. What they said was it. Enunciation was in, ear-strain was out.

Sometimes I don’t hear what’s being said. People amuse themselves by watching their words go in one of my ears and come out the other. This has little to do with how loudly or gently the words are spoken, but with olivopontocerebellar atrophy, the exclusive ailment I live with, known, if not very well-known, as OPCA. My OPCA experience now includes constant and intrusive dizziness. You’ve heard of taffy pulls, and probably seen the machines that pull strands of sticky salt water taffy in amusement parks. OPCA imitates that process. I walk around as though my head is stuffed with salt water taffy.

That taffy-pull makes me pay attention when I’m walking, or reaching for things, or taking a shower. This concentration often blots out other things going on at the same time. If someone is telling me something while I’m thinking about my next step or lifting my coffee cup, there’s a chance I will listen but not hear.

On the other hand, I sometimes miss what’s being said on TV or radio because of what historians may someday record as The Great 21st Century Lip Lapse. Even some of the pros drop syllables and merge words into each other, and some directors permit actors to dissolve their most fascinating words into a whisper understood only by alert lip readers. Could this difficulty in shaping words be a consequence of advanced styles of romance? Movies and TV dramas become more competitive, shootings become more bloody, car crashes more crumpling and kisses more aggressive. The Hoover kiss has emerged, its brief vacuum perhaps reshaping the lips, tongue and voice box.

Politicians and retirement brochures speak of golden years, sometimes seeming closer rust than gold. Every year is golden, but all is not gold that Twitters.