I followed my dad into the lower level of what had been a famous Jamestown woolen mill, the biggest building I’d been in at the time. The time was 1933. I was eight years old, and my dad had led me there to see the Willys-Knight car he had bought from a Jamestown dealer. He had placed it in the middle of the huge room, where he was making repairs for the owner of the disused mill. He was proud of what looked like miles of asbestos-wrapped pipes hanging from ceilings like giant ropes. Asbestos, he told me, was a miracle product. Who knew that it could be a deadly miracle?

Dad owned other cars during those Depression years. I remember his Essex and another car that had to be served a kettle of hot water on winter mornings. Even so, he was a gifted math, music and mechanical genius. Drop your watch on concrete steps and he’d make it as good as new. Restore your pipe organ after a hurricane and Johann Sebastian Bach would whistle his approval. My 19th century dad saw a squirming boy as a risky combo with delicate instruments, and so I entered his work room with hands behind my back. No touching was the rule, first in candy stores and later in workshops and cars.

I was still a teenager when World War II drew so many reporters out of news rooms and into uniforms that I was hired as a full time journalist. One night when I hitched a ride in a patrol car the cop who was driving announced that I was to be initiated as a police reporter by getting the driving lessons my dad had not wanted me or my mother to take. The policeman taught me all I needed to know to drive a Plymouth squad car, then drove me to the state police office to get a license.

Many years later I moved to Chicago to reorganize Cardinal Cody’s newspaper and ghost write his memoirs. My first assignment was to sell the newspaper’s office building, which faced the monumental Picasso, and become a tenant in a building the Cardinal had just bought. As a newcomer to Chicago I had some mover’s errands to attend to. I told the Cardinal that I was on my way to take an Illinois driver’s license test. “There’s nothing to it,” he told me. “When I came here I called the secretary of state, and an examiner came to the residence to test me in my parking area. Would you,” he asked, “like to have the phone number?”

I declined, with thanks, and explained that officials had once given me home delivery of a driver’s license, but the accommodation was for the cop who gave me lessons and not for his pupil.
Long before the Chicago conversation I bought a Jeepster, which I eventually turned in to buy a Packard. The Packard was a handsome car, lots of everything, and Mrs. Packard’s chauffeur lived a couple of houses from my grandparents in Celoron. Packard had some dandy salesmen and eager customers to match..

OPCA/MSA dissolved my driver’s license when I was 82, and I’m 94 now. I knew it was time to park and stay parked, and my ophthalmologist agreed. Some say that losing their license to drive was the worst thing multiple system atrophy ever did to them. This incurable disease does not afflict every patient in precisely the same way.
I’m told there is no known cure for MSA, but caring doctors offer relief from surrounding ailments. Headaches, arthritis twitches, neck and back pains, choking, memory loss, lurching, distorted vision, jumbled speech, dizziness, stumbling and tumbling are familiar to OPCA/MSA patients.

MSA has torn some pages out of my calendar and swiped a few hours out of my days. It becomes a  blinking yellow traffic light with only one signal: Slow down. Writing takes its time because of numerous typos, each one requiring a time-stopping correction. I have a drawer full of half-starters, articles or letters I’ve started to write and then in a burst of eraser dust forgotten altogether. What I planned to write disappears and seldom returns.
I remember watching my mom walk away on my first morning in kindergarten. I was 4 years old and she was 25. I usually forget poems and prayers learned in school days. As a kid I sometimes stayed up late, dreaming of a future when summertime bedrooms might be air conditioned, meanwhile reading the latest Perry Mason mystery novel.

Erle Stanley Gardner’s books began with a page listing the characters, with thumbnail descriptions of their place in the story. I wish John Sandford and other adventure novelists were doing the same today, especially for the benefit of the forgetful readers whom authors have forgotten.

If you have read this far—more than 900 words—you should not be placed in typographical double jeopardy by sudden immersion into my thoughts on politics and religion, which more and more turn out to be a single topic.
If you were to sift through the rubble of a bombed-out library you might find that political writings refer to religion and religious commentaries refer to politics, even that atheism is a religion. Some folks don’t want to deal with religion and just leave it alone, as if it were experimental poetry or algebra, without rhyme or reason. 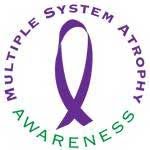 Wonderful to learn some of your history. Even better to hear from you again. Keep on writing.