Backing into a choice parking space 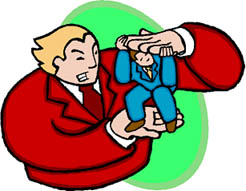 I found a fresh jar of Kava in the alphabetical mover’s carton between Jerky and Lemon juice. I  poured a tall glass halfway full, straight from the cold water faucet, added a generous spoonful of Kava, then some sweetener, stirred it all in a vigorous hurricane style and then added cubes of the final ingredient for iced coffee.

We’ve moved. There are lots of upsides to downsizing. Furniture, clothing, books, electronics went to family, friends and charities by the ton. Ask almost any Veldman, even a Wall or two, about the tonnage, much of it hauled up stairways and down stairways, around and over obstacles fixed in place years ago by determined plumbers and carpenters.

If you were planning ways to downsize from a large home to a smaller one, you might turn out a new home just like this one. Our move took us almost literally from one end of Orland Park to the other. In the big house I used to think that a mild nudge would slide us out of Cook county and into Will county. Our new address is in Orland Park also, but the back door is not many steps from the Palos Park boundary line, maybe 20 minutes closer to Midway Airport.

Marie and Mark, my daughter and son-in-law, have brought the vibes of affection, fun and caring along to this new address. Whether it is the five-pound tail-wagger learning the ways of an invisible fence for dogs, or a  91-year-old grandpa enjoying electronic super-gadgets and health gear only dreamed of by childhood space hero Buck Rogers, everybody thinks this place is dandy. And dandy is the word for Mark and Marie.

Along with moving sofas, there’s the less muscular issue of moving the postal mail. Friends and magazines have to be told. This move came just as my credit card expired and was to be renewed for another three years. Simple, except that all automatic payments of bills via that credit card come to a stop. The new expiration date has to be applied to each one.

I began with my monthly dues to the National Press Club. I emailed my message of change and added that I appreciated the club’s decision some time ago to collect dues monthly instead of yearly. I hardly noticed the modest monthly charge.

That led to a return email from the National Press Club in Washington. I learned that I do not pay any dues to the club, and that’s why I hardly noticed it. After 50 years in the club, a member becomes a Golden Owl and no longer pays dues. Finally, a hooter.

I give a hoot over what happened in Orlando. The horror is immense and the implications are still unwinding. Violence and hatred force their way into cities as hospitable, progressive and charming as Orlando, just as they appear in other unexpected ways and places.

When I was a kid it was common wisdom that a Catholic would never be elected president of the United States, nor would an African American, nor would the candidacy of a woman be taken seriously. Jews were denied rooms in some hotels, home ownership in some neighborhoods and membership in some clubs. Black citizens were subjected to wider restrictions, especially in justice, politics and education. Just as white men and women were active abolitionists during the shame of slavery, white legislators, judges and journalists of my generation fought successfully for civil rights laws. The conscience of a nation was enlarged in a couple of generations, not long in terms of history but each moment was too long for the victims.

I’m no longer that kid who was born during the Coolidge administration, growing up in the Great Depression, coming of age during World War II. The population of the USA was not much more than a third of what it is today. Most of the action in commerce and agriculture seemed to be east of the Mississippi. Radio was big, newspapers were bigger. Television was still a notion awaiting motion. John Dillinger and Al Capone were famous, but crime and drugs seemed tamer than they were to become.

Religion was everywhere, in the Easter Parade, in the Catholic Legion of Decency and the banning of books in Boston, in the serving of fish in Friday school lunches and Bing Crosby crooning Christian music in the movies. The Methodists and others enacted Prohibition for a while, then the country repealed it and the crime it nurtured. The prohibition idea was applied to drugs, but it put huge numbers of prisoners into prisons at great social and monetary cost. It stimulated more crime.

Christians do not seem to be taking religion as seriously any more, in North America and Europe especially. Marriage is more optional. Mosques are being built, but not so many churches or synagogues. I’d like to be around to see how this works out, but I have lived through the most stimulating years in human history, years of invention more than convention.

I’ve been loved and I’ve been hated. I’ve been cheered and despised. I’ve been right and I’ve been wrong. In school I was taught cursive writing and the use of blotters. I took classes in mechanics and woodworking, using methods and tools now in museums, and with the rest of the boys I learned about blueprints while the girls sewed. There’s an invisible cosmic blueprint for goodness, for good impulses, and I think that blueprint is adapted to worship everywhere. So don’t be surprised, if you’re one of my friends of atheist, Jewish, Muslim, Christian or even Republican persuasion, if sometimes you see the blueprint maker in the mind’s eye, or any eye.

In my teens I survived a strep infection because my doctor decided to try something new, called penicillin. Medical knowledge moves on and someday there will be a cure for multiple system atrophy (MSA). Having it has not turned me into a snob, but it is a rare, if not exclusive, disease. Doctors call it progressive. I call it aggressive. It tampers with the brain. It causes dizziness and other distractions, and thanks to my children and their spouses and their children  — John Wall and Pam Heyda, who will arrive here today from San Francisco for a visit; Drs. Marie and Mark Veldman, the outsized downsizers; and David and Toni Wall, who were just here from Seattle for a week — I am spared much of the exasperation of it. But writing becomes physically demanding like rock climbing, so I’ll be downsizing these essays. I used to get paid by the word. Old habits are the toughest. So are old men.

Ed: How is it that each and every blog post of yours touches me so deeply? My mom will be 95 in September, and a little more light goes out of her eyes every day. She too speaks of her days as a young girl, (she remembers those days with such clarity). Part of me wishes, for her sake, that she could pass on, to the land where her brothers and sisters are still alive. Also with her parents and my wonderful dad. But then I just want to hold onto her for a little bit longer - please?
My life with Ataxia goes on day by day. Some days are pretty good, then others are, well, let's just say watching me walk can be pretty funny. But I'm still walking on my own, with walls to help guide me.
My grandson is that interesting age of 10 1/2. He is looking at puberty straight in the eye. Lord, help us all!
I love you so much, Ed. You and Heather are bright spots in my old hippie heart.