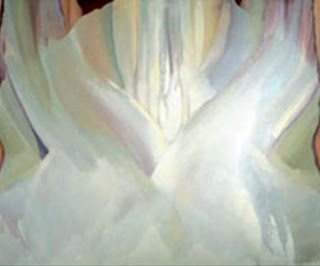 So, how come someone with a disease called incurable prays for healing?

Why am I a life member of the International Order of St. Luke the Physician, a worldwide healing ministry, even though I still have multiple system atrophy a dozen years after my neurologist diagnosed it? Good questions.

Someday medical specialists will find out what MSA and other rare diseases are, but they are semi-mysteries today, much like prayer and the Eternal.
Physicians and theologians have examined healings of the sick at Lourdes and in other places and circumstances. Sometimes science seems to be in remission along with the sickness, but science keeps at it.

Prayers for healing have something to do with overcoming MSA, but that’s just part of it. Prayers reach out for healing of cynicism in politics and business, healing of greed and murder, healing of warfare and person-to-person nastiness. Prayers embrace family, friends and others who are not friends.

The consequences of prayer are often, maybe usually, overlooked. People tend to define healing in terms of perfection. Either the disease is gone or it isn’t. But this is not the way it works. Most gains in reality are incremental, not instantaneous as in magic
.
Paul the apostle writes in his second letter to the Corinthians that his prayers did not succeed in relieving him from a “thorn in the flesh,” but he kept on praying. Who knows what was healed in Paul’s life and in the lives of his friends? Luke the physician, close friend of Paul, may have been one of the beneficiaries even as he prayed for his own health and clarity.

Some modern Christians hesitate before repeating an ancient affirmation, beginning “I believe in God…” They may pause before they acknowledge the Eternal, necessarily described in the relatively primitive language of many religious texts. There simply were no words to express concepts awaiting discovery. A limited vocabulary, at a time when few persons were able to read and write, was made to serve. The prose of scripture was expressed in poetry, the language of the mystics. It may be condensed into one word. Amen.


Opinions expressed in this essay are my own and do not necessarily reflect opinions of other persons, publications or organizations.
Posted by Arthur at 8:04 AM