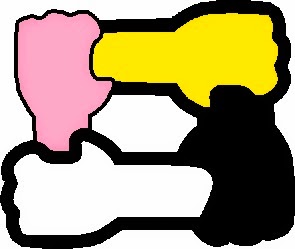 The death of an African American man stirred up a lot of violence in 1968. It was a year of destructive anger following the assassination of Dr. Martin Luther King, Jr. How could looting and burning and tear gas return to the streets of Baltimore in 2015 in the name of still-unresolved civil rights issues? I was at the Palm Sunday Mass at a predominantly African-American church in Baltimore during that 1968 upheaval. My wife and daughter and sons and I attended Mass there once a month, but on the morning of the riots it seemed like a good idea for me to go by myself. I was surprised when the pastor told me, that morning after Mass, not to return.

Lawrence Cardinal Shehan appointed me to represent him in a quickly-formed group of community leaders who were to work for the integration of people and justice. I was jarred when an African American college president scolded white committee members for not acknowledging a casual, inherited racism of our own. It was a flash of enlightning. His thunder helped me understand his anger, and why he said Baltimore’s riots of 1968 might not be the last.
I guess it should not be a surprise that racism still dominates the national conversation. This conversation is usually between groups, rather than one person talking with another. It is often confrontational. We’ll never understand each other without continuing the kind of conversations that have led white presidents, judges and legislators to wipe out the shame of legal segregation. The white abolitionists of an earlier era did not give up. My hometown, Jamestown, N.Y., displays history markers celebrating the underground railroad. One of my first boyhood fascinations was with the musket a relative had carried in the Union army. The melting pot image of America was celebrated when I was in school. Today’s emphasis is often on diversity, on differences.

Ralph Waldo Emerson knew how to advocate Self Reliance, one of his most famous 19th century essays, while asserting society’s responsibility to abolish slavery. Strong individuals working together produce democratic freedom. Independence is more than separation.

When Sally and I moved to Hawaii in the 1950s we were thrilled by the reality of the aloha spirit. There were instances of unfair treatment of people, but even the racists tended to get along. One of my It Could Only Happen in Hawaii experiences came when I was editor of the daily newspaper in Hilo, the Tribune-Herald. I wrote a piece disagreeing with some handbills that were being passed out. The author, who was black, sued me. My news editor was Chinese-American. My attorney was Filipino-American. The judge was Japanese-American. The injunction was denied.

I didn’t know that it would get even better, as it did when I became part of a Japanese-American Big Island family.

People hold on to pride in their race or nationality, maybe their religion or their team. It can be done by excluding everyone who is different, what's known as a Confederate way of life. Pride is more satisfying when it invites people to know each other. That's where respect begins. A country club, professional organization or a business that excludes people because their skin doesn't match repeats the errors of segregation.


A few days before demonstrators swarmed into the streets of Baltimore, there was a different kind of public demonstration in Chicago. A sensitive news story about the funeral of a beloved American cardinal described the Mass as “plain and simple.” Nine living American cardinals were there to mourn the death of Francis Cardinal George, OMI, archbishop of Chicago. So were hundreds of bishops and priests. So was an orchestra joined with Holy Name Cathedral’s pipe organ. In the front pews were seated, for a couple of hours, the governor of Illinois, the mayor of Chicago and other public figures.

At the time of another cardinal’s funeral in that place, I was joined in a queue working toward the cathedral entrance by an energetic young priest named Fr. Donald Wuerl. At another time he came to our home for dinner. My daughter, in college at the time, told me afterward that she had never talked with a priest who was so enthusiastic about his calling and so obviously devoted to priesthood. He was back for the funeral of Cardinal George, but this time he was also a cardinal, the Archbishop of Washington, D.C. I was at home, watching the ceremonies on television, thanks to the detailed coverage provided by Chicago’s ABC Channel 7.

I knew Cardinal George only with the cooperation of the U.S. Postal Service. He was generous in writing letters. I read his books and his memorable columns in the Catholic New World, and he even read some of my things. An absorbing appreciation of George, the man and the cardinal, was written by Dolores Madlener, columnist and staff writer for the Catholic New World.
George seemed less enthusiastic about changes in the church than Pope Francis. George expected Catholics to form themselves within the boundaries of Catechism and Canon Law, not expecting the church to redefine any of those boundaries.

In the front row at Cardinal George’s funeral sat the Jewish mayor of Chicago. At that ceremony for a white Catholic there were clerics and laity, some Protestant, some Orthodox, some Catholic. Some who were there or sharing on TV may have  been Muslim, Buddhist, Hindu, atheist or of another faith  At the celebration of the life of an unmarried man there were nuns, professional women, moms. There were married men, gay men and lesbian women. It was a community of prayer. One God listened. Three Persons, one God.

There were starkly different kinds of demonstration in two great American cities, and most of the participants were together because of their love for victims.

Progress is slow, but steady. It is a shame too many don't even attempt e pluribus unum. Most focus more on being part of exclusionary cliques in politics, "race," religion, gender, education, wealth, nationality... The tribal instinct is strong and destructive in these non-tribal times.