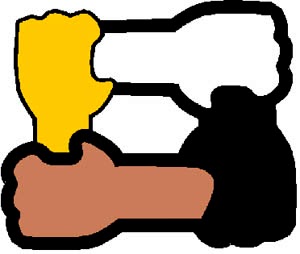 Dr. Martin Luther King Jr. was a saint in ways that count, ways that encourage affection and tolerance. Every great person has detractors. Critics have thought Lincoln should have written a longer speech at Gettysburg. Others thought Gandhi was foolish to make the spinning wheel his symbol of hands at work. And you know what they did to Jesus.

They do it still, crucify, shoot, burn and bully folks who feed, house, medicate and hug the impoverished. Are lives so empty that people see others primarily as race objects? It can happen to anybody. I hear casual putdowns of white males on TV and radio and think of the white judges, presidents, lawmakers and National Guard troopers who fought to wipe out segregation and guarantee equal rights in athletics, education, employment and government.

I thought about my great uncle’s Civil War musket, which was a parlor feature when I was a kid, and my grandma’s happy duties as chaplain of the local Women’s Relief Corps chapter, supporting Union vets of the Civil War.

Not all American whites who despised slavery and the horrors of police-enforced segregation were members of abolitionist Civil War families. Many came, after the Civil War was over, from other parts of the world, and many of them joined in the struggle for racial equality. Some were clerics, some were students and other activists.

Everybody know there are lots of racists, many but not all of them white, but despite their numbers they lose one battle after another. Reconciliation is within reach, unless we screw it up.

I visited a Southern segregated black middle school in 1940, thanks to a principal who knew that even a skinny kid (yes, skinny) might really be a student reporter on an assignment. I had heard about the meanness of segregating books, and the principal led me to a library annex filled with worn-out and sometimes outdated textbooks, no longer useful in white schools, awaiting repair before being given to his students for use until desegregation of the school or disintegration of the books, whichever came first.

I remember seeing a few black tourist courts, as they were known before the word motel, coined the year I was born, was in common use, and the side-by-side separate drinking fountains, the repulsive conduct of some white cops and clerks. I remember notices at hotel entrances telling Jews that the property was “restricted.” I remember a boast from a minister that Catholic priests had been tarred and feathered; priests didn’t even have to be African American to be hated.

Segregation laws and flaws applied to churches, along with newspapers and institutions. A few organizations stand out as supporters of radial freedom and responsibility. Everybody knows about the NAACP. The words seem quaint today: National Association for the Advancement of Colored People. When I first joined Eleanor Roosevelt may have been its most prominent member.

Humanity changes slowly. It is changing in America now, and will go on changing for the better. That’s not true everywhere. Lots of us agree that God is Love. We get to choose, hate or love.