Fantasyland North of the 38th Parallel

A boy with firearms fantasies kills little kids in their classroom, officials of one kind or another shake their heads and say they cannot understand how it happened because the lad had to know how terrible the consequences would be for himself.. 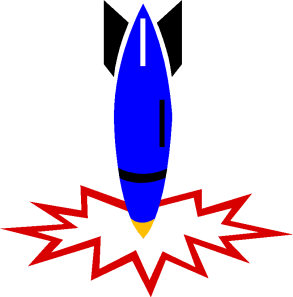 A mom buckles her children into the family car and drives into a lake, drowning them. Observers ask how can that be, because the mother surely knew she could easily have gotten professional help.


An elected official held in highest regard is found to have embezzled government funds. Then his constituents ask themselves why a smart man anticipating a bright future would destroy his life so foolishly.


The young and untested Asian leader takes a path perfected by Adolph Hitler and others, leading an army of a million men and women, perfecting his nuclear weapons and loudly declaring his intention to start a war. Then the policy professionals in Washington explain that this man is too rational to risk his own job in such a gamble. Their predecessors knew that Imperial Japan had no way to attack U.S. territories in 1941. When I was in my teens a popular slogan was “Remember Pearl Harbor.”


President Obama said this week that he’ll put $100 million in the 2014 budget for brain research. This generation knows more about the universe than previous generations knew there was to know, but it does not know how the brain works. Obama’s research program can lead to healing of conflicts, diseases and defects. It can provide answers to those questions asked after every human disaster: How could a person who seems so ordinary do things so deadly and self-defeating?


How can we be so slow to address this problem head-on? “I do not understand my own actions,” a famous writer said. “For I do not do what I want, but I do the very thing I hate.” He wrote this about 1,960 years ago, and we don’t understand it any more than Paul did.