The S-word is out of the closet 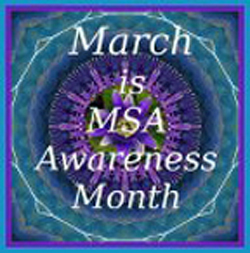 When I was a kid in the 1920s and 30s I never heard any adult say the f-word or the s-word. The s-word was suicide, an unspoken word, kept at the back of the vocabulary. After I became a newspaper reporter I learned that it was seldom written about. I worked for one daily that reported the death of a prominent local official without mentioning he had shot himself in his hospital bed. I worked for another paper whose publisher suppressed the suicide of a family member.
Maybe that’s why I was so impressed by the candid talk about suicide on an Internet forum for folks who have MSA – multiple system atrophy – or who are their caregivers. How long, a newcomer asked, should a parent with the incurable disease be expected to last? Others spoke of deliberately departing if the last stages became too much, too much turmoil for the patient and too much distress for others.
Suicide in 2013 is still a touchy subject, just as it was in 1930, but the online discussions have been thoughtful, appropriately emotional, unapologetic and inquisitive. Disagreements, some based on religious convictions, are set out in friendly terms, often punched into a keyboard by disobedient fingers, one chosen or one unchosen letter at a time. This sharing of anxieties can be enormously beneficial to people who live far apart from each other, who may never be able to talk face to face with another MSA person. My guess is that it stimulates hope and builds faith in life.
I am not one of those who’s thinking about an early departure. In a few days I’ll turn 88, and I’m claiming that as a lucky number.  Whatever it is that made me nosy enough to become a journalist makes me want to know the rest of the story. Unjournalistically, I seldom leave home. I drink my hot coffee through a silicon straw and whip around my condo in my power chair and my skull is stuffed, I think, with jumping beans.
My family puts lots of smiles and satisfactions into my life with OPCA/MSA. Someday I hope to find out why Someone allows fear and pain to clutter up His universe . Or Hers. But I can wait.

My name is Chris Lopp I'm 44 soon to be 45 (March the 2nd). I was recently separated from my wife of 22 years because of my condition. I also have OPCA and now she has left me alone to cope. I have fond the MSA group and your words to be very encouraging. Whatever the outcome I intend to FIGHT to the bitter end with the LORD by my side.