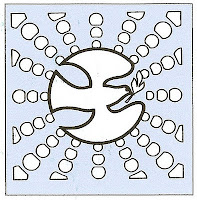 Let’s have a quick look at the dusty surface of life:

We choose prison terms as the best response to antisocial behavior, although they don’t work.

We continue capital punishment, but we often kill innocent persons.

We have contempt for Congress but do virtually nothing to reform it.

Christians believe in one God but thousands of churches.

Muslims of competing traditions show little mercy toward each other.

Tolerance, an American ideal that empowered the civil rights movement and rooted out anti-semitic restrictions, dissolved into intolerance of religious customs and holidays.

Equal justice under the law is elusive, because counsel and appeals are not affordable by all.

Underneath that dusty surface is the shiny reality of a world alive in the everlasting present. There is life everywhere. It is being shaped, as a sculpture is shaped, and being reshaped by earthquakes, floods, disease and other strikes of fate.

As my 87th birthday rushes toward me I think maybe it is time to get organized. Can anyone organize all the mistakes? If I made only one a day, that’s 31,755 mistakes. If I made just one humdinger of a mistake every year, even then I’m way over quota. Most of the people I offended have preceded me, as they say, into the next life. I apologize to them wherever they are. My prayer is for mercy, not necessarily justice.

God is merciful. In fairness, God should be merciful toward all who are afflicted with miserable diseases and impulses, and those who are hungry, cold and sad. Life is so huge that a lifetime is not enough to figure it out. God permits speculation on why the infinite love of God surrounds every person, yet gives everybody space to be unloving and hateful if they choose.

The Great Prayer lays it on the line: Forgive us our trespasses as we forgive others. Some people do this. Some prefer the death penalty, long mandatory prison terms and other love-challenged behavior.

A friend once said that there are no sins—only mistakes. It was a wisecrack rather than a theological declaration, but wisecracks begin wisely.

Confidence in the constant love of God includes an understanding that the Eternal is not concerned with time in the way 87-year-olds are. God is, after all, the instigator of evolution. It took a long time for the Magna Carta to influence the American Bill of Rights. It was a long, stumbling step from the slaughter at Gettysburg to the Civil Rights Act.

In God’s good time it will be seen whether time means a lot or does not mean a lot. The movement of time enables us to grow in mind and spirit, to encounter sin and try to correct it. God can’t help forgiving, can’t help loving, can’t help providing the frosting on everybody’s birthday cake.
Posted by Arthur at 1:07 PM