Cheers for those who walk the walk 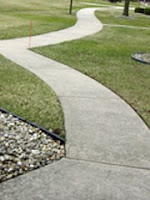 From the chair in front of my computer I can see him park his car on the street. He gets out, carrying a book, and begins the long walk to my front door. Almost every Sunday Deacon Joseph Truesdale drives over from Orland Park’s St. Francis of Assisi Church to bring the Eucharist and morning prayer.

Like all Roman Catholic deacons, Joe is an ordained cleric. He’s a successful engineer, recently retired. His wife is an artist who shares his vision of service.

So many Catholic clerics have been accused of predatory crimes that the whole church is in turmoil. The energy of the church comes from the tens of thousands who serve faithfully as priests, deacons, and religious, supported by the prayers and encouragement of church members who seek forgiveness for themselves and others.

I can’t get to church, but a gifted pastor sees to it that nobody is left out. I see the same headlines you do about the misery some priests have brought upon themselves and others. The rest of the story is that the church points to heaven, but it is not heaven. When it stumbles it needs the support of all its members, the kind that’s shown by Father Edward F. Upton, my pastor, and Deacon Truesdale and many, many others.

You may have seen the television programs that feature disorder in courtrooms and legislative halls, with judges getting smacked and elected officials punching each other. Misconduct and corruption in government are disgusting, but people don’t give up their citizenship in protest. Yet some people do give up their Catholic citizenship because they think it is up to somebody else to do the work. Jesus didn’t found an institution. He established a family.

[The Church is nothing other than “the family of God.” –Catechism of the Catholic Church]
Posted by Arthur at 1:09 PM