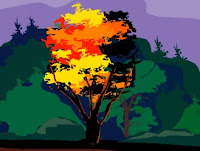 To refuse to die would be more than a social impertinence. It would throw off the scientific rhythm of the universe. It would toss a monkey wrench into the apparatus of the galaxies, and challenge the very mind of the creator.

Death is designed as an inevitable consequence of birth, providing needed closure for each of us. It is the kind of closure that marks graduation from high school, which is required before the graduate moves on to higher education.

Death and eternity are mysterious, not mysteries invented by Conan Doyle and not the mysteries of gene and cell exposed in laboratories like prisoners of undeclared wars. There’s the kind of death that’s examined on an autopsy table, fixed in time and place. There’s also an eternity that’s for discoveries in space and hopes about time. Jesus and Einstein speak a common language.

There could be no death without life. Life could reach no conclusions without death. The system may be a mystery, but it is part of the genius of creation. Suspense is necessary to mystery, but fear is not. Nobody remembers being born; nobody is told that birth is the leading cause of death, inevitable rather than incurable, because it is not a disease.

I guess I can say that, as a reporter, I’ve been gathering material for this article for 85 years. Life and death can be exciting. We are conditioned to make the most of life and death, or to fear them. Many never speak of death. Others deny death. I was in my teens when I first heard someone deny the permanence of life. An older woman said she hoped to God — her phrasing — that there would be no life after death. Her family, her education, her faith were all ad hoc, she hoped, and would vanish as she would vanish. I wonder where she’s living now.

During my years in Hawaii I knew many Buddhists, whose friendship included invitations to speak at Buddhist celebrations and services. I learned to appreciate Buddhist ideals and even Buddhist controversies. Buddhism has its denominations, even as Christianity and Islam and Judaism have sects and denominations. Buddhist concepts of life and death, of reincarnation and transmigration, appeal to many. I’ve known Roman Catholics, Episcopalians and other Christians, including clergy, who believe in reincarnation.

My belief in God, the Eternal, the Holy, the Triune Creator, Love itself, gives meaning to life and death. Not everyone who is offered this gift has unwrapped it. Christ Jesus gives of himself. As newspaper carriers used to call out when they had an armload of Extras to sell: Read all about it.

Jack Wall, my dad’s brother, was born in the 1890s with a form of paralysis that was to end his life when he was in his early teens. My dad and another of his brothers have each told me this: The family was gathered in the garden of their Liverpool home. Jack, cheerful and much loved by everyone in the family, was on his father’s lap.

Suddenly he said, “Listen. Can you hear them?” No one heard anything unusual as Jack said,“Can’t you hear them singing? Listen to the music. They’re coming; they’re coming for me.” He slumped dead on his dad’s lap. Other families have similar experiences.

Maybe it is because I’m a writer that I think of life as prose and religion as poetry. The holiness in holy scripture is poetic. That’s why myopic literalists don’t notice God’s bigness while they squint at scripture with watchmaker’s loupe and tweezers, magnifying some words and plucking at others, like links pried loose to disconnect a chain.

Death clobbered me when I was 10 years old and living in my grandparents’ house. I was called home from school, no reason given, and was barely off the streetcar when I spotted the hearse parked in front of the house. The place was swarming with people and I headed for the privacy of the basement to try to sort it out. My beloved grandma, I knew, had died while I was choosing true or false for a history teacher. I was numb, but not at a loss for words. A memorized poem was there for me,” The Lord is my shepherd, I shall not want…”

When I heard about William Cullen Bryant, a newspaperman who wrote poems, I was already primed for his “Thanatopsis.”

So live, that when thy summons comes to join
The innumerable caravan, that moves
To that mysterious realm, where each shall take
His chamber in the silent halls of death,
Thou go not, like the quarry-slave at night,
Scourged to his dungeon, but sustained and soothed
By an unfaltering trust, approach thy grave,
Like one who wraps the drapery of the couch
About him, and lies down to pleasant dreams.

Thanks, Mrs. Faulkner, Mrs. Crane, Mrs. Bracken, Mrs. Humm, Mrs. Peters and all you who taught restless teenagers with smiles and a beat.

Alfred, Lord Tennyson grabbed me as a teenager when one of those teachers opened the book to “In Memoriam” and especially to “Crossing the Bar.”

Sunset and evening star,
And one clear call for me!
And may there be no moaning of the bar,
When I put out to sea,
But such a tide as moving seems asleep,
Too full for sound and foam,
When that which drew from out the
boundless deep
Turns again home.
Twilight and evening bell,
And after that the dark!
And may there be no sadness of farewell,
When I embark;
For though from out our bourne of Time and Place
The flood may bear me far,
I hope to see my Pilot face to face
When I have crossed the bar.

And then there was (and is) Walt Whitman:

At the last, tenderly.
From the walls of the powerful fortress’d house,
From the clasp of the knitted locks, from the
keep of the well-closed doors,
Let me be wafted.

Let me glide noiselessly forth;
With the key of softness unlock the
locks—with a whisper,
Set ope the doors O Soul.

We who love life embrace it with enthusiasm. We accept death as an element of life, if not its fulfillment, but we do not kill others.

Way to go, Jesus. Way to go, everyone who accepts the gift of life. The Eternal, the giver of life, doesn’t take it back.
Posted by Arthur at 11:19 AM

It's great to see that you are still writing, and not only that, but writing well. You have inspired me to start my own blog. Check it out at http://rsimanski.blogspot.com. I have a few nice things to say about a guy named Ed Wall, who was my first editor and a true mentor to me.