Freedom in the Church? 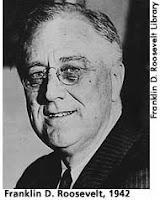 Condensed from Catholic Mind, November 1966. Catholic Mind was published monthly by America Press, New York. Editor-in-chief, Thurston N. Davis, S.J. I wrote this in the same year that America Press published the monumental Documents of Vatican II. The translation editor was Fr. Joseph Gallagher, who was then consulting editor of The Catholic Review, and the introduction was by Lawrence Cardinal Shehan, who published The Catholic Review. Unlike many Catholics,some of them quite formidable, I do not retain all of my 1966 opinions unchanged or even in Latin. I am still appalled, as I was in 1966, by attempts to suppress intelligent discussion of religion.

Not long ago The Catholic Review published an article about an American religious sect that is neither Protestant nor Catholic. The sect figured prominently in the news at the time, and it seemed worthwhile to discuss some of its teachings – its denial of the Trinity, for example, and its preparation for a spiritual heaven severely limited to a group no larger than the readership of The Catholic Review.
We received anonymous letters insisting that we had no right, in this ecumenical age, to publish anything that anybody might consider critical of any religious group. The anonymous letter-writers, lacking the courage of their own convictions, would deny religious convictions to others.

Or, if they acknowledge the right of others to believe in something they would forbid any conversation about it. Some would suppress this right because they think any public consideration of religion is ill-mannered.

Others miss the point that it is possible for men [and women] of good will to agree on such broad principles as the need for charity and the power of prayer, while disagreeing on other vital matters, such as the validity of the Mass and divinity of Our Lord.

Two who hold opposite ideas about the real presence, about the Trinity, about the role of the blessed mother, about the virgin birth and the resurrection cannot both be right. They can be friendly, they can be enthusiastic about things they have in common and they can be dedicated to ecumenism. But on important elements of faith one is right and the other is wrong.

Devotion to the unity ideal does not compel anyone, Protestant or Catholic, to pretend that differences do not exist.

It would be a tragedy of eternal significance for a Catholic to shield his eyes from the elements of his faith in the mistaken notion that this will make him a “good guy,” an aimless but amiable semi-believer.

The church does not offer a religious smorgasbord from which a person may select the Our Father because it is in everybody’s recipe book, but reject the Assumption because it is too rich for his neighbor’s taste.

In the tense days early in 1941, President Roosevelt spoke to Congress about Four Freedoms. he presented these as freedom of speech and expression, freedom of worship, freedom from want and freedom from fear. These freedoms are fundamental in the American republic, although they are not absolute.

Freedom of speech and expression do not extend to the intentional publication of the slanderous, libelous or treasonable. Freedom of worship permits a variety of beliefs, but does not provide for the advocacy in the name of religion of bigamy or perversion. Freedom from want does not license theft, and freedom from fear does not permit the extermination of one’s enemies.

Each of these freedoms is alive in the church, subject only to the teachings of Christ, his apostles and their successors, and to the laws adopted to preserve and implement those teachings. These laws are subject to review, but they are neither adopted nor amended in hasty response to the demands of columnists.

[Some suggest] a sort of TV rating system to determine which sins have become too popular to be taken seriously. They would substitute consensus for collegiality, voting booths for confessionals and the Gallup Poll for the Creed. If Christ must be rated in committee debates, if Mary must pass the same test as Miss Universe, if the Holy Spirit must be made acceptable to Planned Parenthood and the Ten Commandments ratified in an annual election, some of the goals of our time will be met.

The price will be the death, not of God, but of the spirit of God as prime mover in human hearts. We approach God through sacrifice and selflessness, and all men have the freedom to make this approach.
Posted by Arthur at 8:59 AM

Do you think that if he happened to reappear, Jesus would be welcome or even RECOGNIZED at the Vatican, or even your local church?

What would Jesus have thought about the installation of the current Pope in Rome, a few years back?

After all it was essentially a celebration and assertion of worldly (even Imperial) power.

Some right-wing religionists, especially in the USA, even lauded this triumphalism!

All of the heads of state were there (many with blood-stained hands, and even up to their necks in blood). So too were the generals and the captains of industry and finance.

Jesus was famous for throwing the money lenders out of the temple.

NOW the money lenders finance the papal circus (especially when the Pope travels). He is put up in the very finest accommidation.

And yet Jesus road into down, unrecognized, and on a donkey,
and slept in very humble circumstances. He was completely unwelcome by the then ecclesiastical establishment--who collaborated in his execution.