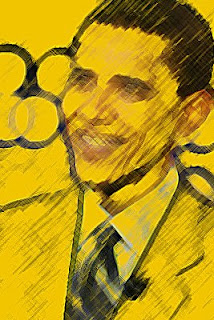 They are the opening words of a Chicago Sun-Times column:

“Help me here, because I’m confused.”

Neil Steinberg confirms his confusion by linking his criticism of a statement by Cardinal Francis George to the Inquisition. The infamous Spanish Inquisition was launched by King Ferdinand and Queen Isabella in 1478, dredged up as a columnist’s news peg 531 years later.

This is like attacking a speech by President Barack Obama by regurgitating the infamous American inquisition known as the Salem Witch Trials, or denouncing a contemporary Supreme Court decision by citing the court’s infamous Dred Scott decision, which helped fire up the Civil War.

To cite grand errors committed by American democracy centuries ago to justify a disagreement with President Obama is absurd. So is citing painful excesses by religious fanatics of the past, whether they are Catholic, Protestant, Muslim or Jewish.

In my opinion Cardinal George is wrong in declaring that Notre Dame University should not have invited the president of the United States as commencement speaker because of a political disagreement. President Obama is not a Catholic and is not subject to Catholic directives. Abortion is a moral issue, and it is also indisputably a political issue. Cardinal George is right to state the Catholic teaching and to try to persuade others to accept it, but shutting off communication with the world’s most effective public official would have been described by my grandma as biting off your nose to spite your face.

But writers are behind the times if they think this has anything to do with the Inquisition, Salem Witch Trials or Dred Scott case.

The Church has failed to make the case for defending life. Where is there a consistent, ongoing, popular and effective pro-life teaching program in a Catholic diocese? There are dedicated lay, clerical and religious workers in the pro-life field who need wider, more enthusiastic support.

The church has lost much of its authority on issues relating to human sexuality. That's because of the pedophile issue, which has been exploited by people who do not like the Church. Too many bishops deal with abortion as though it is dealt with in Church law and therefore does not require explanation or a consistent teaching and public relations program. Everybody would still be puffing on cigarettes if the bishops had been in charge of the program to combat lung cancer and other tobacco ailments. In 1965 the bishops would have issued an edict against smoking. They would have excommunicated smokers. They would have refused to vote for a smoking politician. Ordinary people would continue to smoke, because edicts do not work as well as education--call it public relations--does.

Obama is not to blame for abortion. Cardinals and others in authority have failed to convince enough people. Even cardinals rely on edicts while failing to teach the sacred value of life for the unborn,for prisoners, bombed-out civilians, the untreated sick and the unfed hungry.
Posted by Arthur at 10:12 AM